What Are Half Bets?

Blog
What Are Half Bets?
Written by, Asher Potu Wed 05 Jun
Half time bets / Football bets

What Are Half Bets?

So there's a big game coming up, and it is the perfect opportunity for betting because you and everyone else is almost certain that your team is going to win. They've been in great form all season, and they've won all their previous matches. You're confident, so you stake a large sum of money on them, expecting a big payout. But when the big day finally arrives, they're not up to par. They're sloppier than usual; they miss passes, they don't seem to be into it. They defy all expectations and lose.

This happens all the time in sports. Even the best teams falter. Take Manchester City, for example. Their unbeaten streak was finally ended, and they were knocked off from the top spot of the Premier League table by Chelsea. September of last year, the Buffalo Bills pulled off what was called “the largest NFL upset in 23 years.” An what if the teams taking part are evenly matched, in terms of skill? The point is, sometimes, you can't tell which way the match is going to go until it has commenced. This often makes betting very hard. But, there is a solution to this - half bets, specifically, second half bets.

Second-Half Bets
Second half bets is a popular gambling market in American football as well as in basketball. Like its name would suggest, it is a bet you make during half time. Punters are at an advantage because they already have the information they need to determine how the game will go. To break it down, you place your bets on what you think the outcome of the second half will be. These bets do not take into consideration the scores of the first half. Let's say that you bet +2 goals in the over/under markets for total combined goals for a particular soccer match; two goals have to score after halftime to win.

First-Half Bets
First-half bets are similar, but betting is restricted to the events before the teams break for half time. If you were to look at the underdog's statistics, you might find that they tend to start with a bang, and then slowly power down as the match progresses. In this case, a first half bet would make perfect sense. Staking your money on an underdog and winning usually means a much bigger payout.

With half bets, there is a larger possibility of finding value, especially when it comes to second-half betting. The bookmaker doesn't have much time in between the two halves of a game to set new odds or lines, meaning that there is more margin for miscalculation on their part. This is where a punter can swoop in and make a profit.

Also, bookies generally set their odds according to the consensus of who everyone thinks the champions and underdogs are. You, on the other hand, can capitalize on teams that are slow or fast starters, giving you a one up over the bookie. If you're a long time fan of the sport, and you know the teams, and how they play, then half betting can be a very lucrative option for you.

Tipspaul does not privately contact members offering special services. In the event anyone contacted our members claiming to be from Tipspaul, kindly ignore them as we are not liable for any damages caused by them. All transactions and communications should only be done in Tipspaul website and our support email.

We're concerned about problem gambling. For most people, gambling is entertainment - a fun activity that can be enjoyed without harmful effect. But for some, it's not just a game - it's a serious problem that continues even after the fun has gone.

Compulsive gambling is not easily detected. The person with a gambling problem will often go to great lengths to cover up the problem and will appear to look all right, regardless of the consequences of their gambling.

Warning Signs. Some of the indicators that a person may be suffering from a gambling problem include:

Remember that help is available. By reaching out to people who understand, you can find the help you need. You can visit the Gambler's Anonymous website here:
http://www.gamblersanonymous.org/ or Responsible Gaming Council here:
http://www.responsiblegambling.org/

This is a non-profit organization not affiliated with us in any way.

It is an offence for persons under the age of eighteen (18) to make use of the Website. If we are unable to confirm that you are 18 years old then we may suspend your account until such time that we are able to confirm your age. If you are subsequently proven to have been under 18 years of age at the time you made any transactions with us, then:

TipsPaul is committed to providing the best service possible. We want our member to have confidence in our platform, and that's why we offer a Credit Back Guarantee to all tips without profits. This program comes into effect on the 01 July 2015 (“Effective Date”) and is offered to ensure that member who made tips purchase of any tips that ended with either lose, draw, cancelled or postponed game. The credits will automatically refund to your account the next day and the information will be available after login in the member dashboard and available in “transaction history” tab. 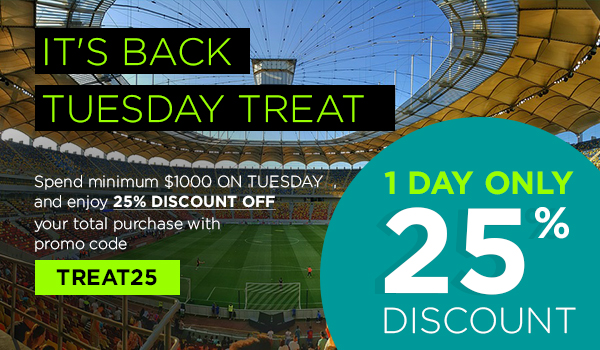