Unless you're physically present at the stadium, it's not a proper football match without the banter of the commentators. Although they sometimes tend to fade into the background a little, they are, undeniably, an integral part of the game. Their expertise and knowledge clubbed with the occasional witty banter make for a great viewing experience. We've had some wonderful commentators so far, so let's take a look at the most memorable ones.

Back in 2003, Martin Tyler has declared the FA Premier League Commentator of the Decade, and for good measure too. Just by listening to him, you can tell how passionate he is about soccer. He has the amazing ability to liven up even the most boring games. Tyler made his debut as a commentator in 1974, for a match between Southampton and Sheffield Wednesday. All it took was one game for him to establish himself, and he went on to become one of the most recognizable voices in football.

Back in the day, Alan Smith was an incredible football player. He was a striker for some of England's best clubs, and also represented the English national team thirteen times. So it's safe to say he's got plenty of experience under his belt. Along with Martin Tyler, he's has been loaning his voice for them to the EA FIFA video game series since 2011. As of now, he's a co-commentator for Sky Sports.

Probably one of the most eloquent of all the commentators. With more than 20 years of experience under his belt, he is arguably one of the best in the box. After more than 30 years of covering various tournaments in Europe, which included the Premier League and the

Champion recently moved to the United States to join Taylor Twellman to cover Major League Soccer. English football won't be the same without him.

Peter Drury knows how to precisely get things going. One of the best things about his is how unbiased he remains. He knows just what to say, and exactly how to say it. Drury is articulate, cordial and witty, and his commentary adds to any match. Some would say his vocabulary is almost Shakespearean. Drury is one of the best current commentators in football.

Tipspaul does not privately contact members offering special services. In the event anyone contacted our members claiming to be from Tipspaul, kindly ignore them as we are not liable for any damages caused by them. All transactions and communications should only be done in Tipspaul website and our support email.

We're concerned about problem gambling. For most people, gambling is entertainment - a fun activity that can be enjoyed without harmful effect. But for some, it's not just a game - it's a serious problem that continues even after the fun has gone.

Compulsive gambling is not easily detected. The person with a gambling problem will often go to great lengths to cover up the problem and will appear to look all right, regardless of the consequences of their gambling.

Warning Signs. Some of the indicators that a person may be suffering from a gambling problem include:

Remember that help is available. By reaching out to people who understand, you can find the help you need. You can visit the Gambler's Anonymous website here:
http://www.gamblersanonymous.org/ or Responsible Gaming Council here:
http://www.responsiblegambling.org/

This is a non-profit organization not affiliated with us in any way.

It is an offence for persons under the age of eighteen (18) to make use of the Website. If we are unable to confirm that you are 18 years old then we may suspend your account until such time that we are able to confirm your age. If you are subsequently proven to have been under 18 years of age at the time you made any transactions with us, then:

TipsPaul is committed to providing the best service possible. We want our member to have confidence in our platform, and that's why we offer a Credit Back Guarantee to all tips without profits. This program comes into effect on the 01 July 2015 (“Effective Date”) and is offered to ensure that member who made tips purchase of any tips that ended with either lose, draw, cancelled or postponed game. The credits will automatically refund to your account the next day and the information will be available after login in the member dashboard and available in “transaction history” tab. 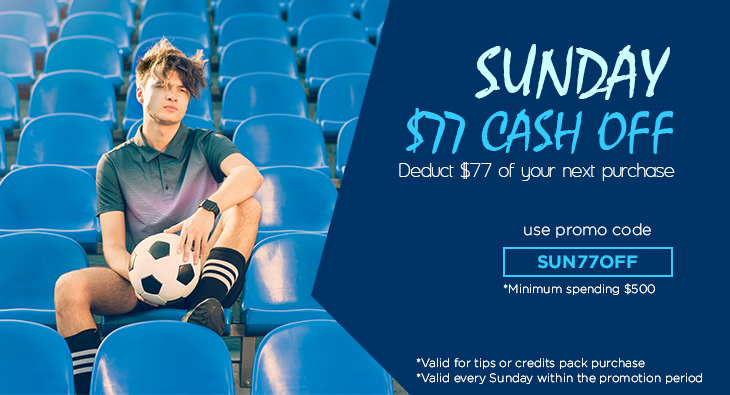